Abu Dhabi is the largest and richest city of all the Emirates.  The lifestyle is incredibly relaxed, attracting a diverse group of people looking for a combination of modern and contemporary luxury; it's a city with a bright future.

Being the Capital city of both the UAE and Abu Dhabi itself, it was originally located on an island just off the coast of the Arabian Gulf and the island still remains the centre of the city.  The suburbs have now spread onto the mainland and the city is growing at a very fast pace.  What started as a pearl diving and trading post is now a city of skyscrapers and monuments such as the Sheikh Zayed Grand Mosque and the Emirates Palace.

The emirate of Abu Dhabi is vast, accounting for 87% of the total landmass of the UAE.  There are large areas of desert that are minimally populated with villages and small towns.  Since about 2005, Abu Dhabi has played catch-up big time and is now proving to be a magnet for the tourists that is almost the equal of Dubai.  It may also be the preferred destination for the expatriate work force, drawn by the massive building and infrastructural projects that have swung into action over the last 10 years.

Abu Dhabi has positioning itself as an international cultural hub, hosting everything from the Abu Dhabi HSBC Golf Championship to the Abu Dhabi Film Festival.  As well as wildlife reserves for endangered UAE native animals - oryx, gazelles, and rock hyraxes - and some other species which are not quite so native, there are resorts with luxury hotels offering safaris, snorkelling, diving and a whole host of other adventure activities.

The man-made Yas Island is intended to be a state-of-the-art hub for leisure activities, retail shopping, entertainment, hotels and dining.  Many of the anchor businesses are up and running already, such as IKEA, Ferrari World, ACE Hardware and others.  It homes the Abu Dhabi Formula 1 circuit alongside the UAE's first port of call for all of the big music acts on tour.

The Corniche consists of 8km of highly landscaped and developed waterfront, with walkways and cycle paths along its length.  It's a beautiful area with long leisurely walks where you can take in the sights (including the tallest flagpole in the world) and sounds.  The area pulls in large groups of expats to the nearby Heritage Village on the Breakwater; with its cafes, restaurants and malls, the Breakwater buzzes with activity throughout the day.

Abu Dhabi is slightly more conservative than the likes of Dubai but foreigners are still free to practise their own religion and the dress code is liberal.  Despite the speed of economic development over the last 30 years, Abu Dhabi continues to promote traditional cultural and sporting events, such as falconry, camel racing and traditional dhow sailing.

Among the most highly prized virtues are courtesy and hospitality, you are sure to be charmed by the genuine friendliness of the people in Abu Dhabi. 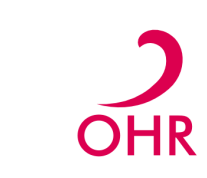